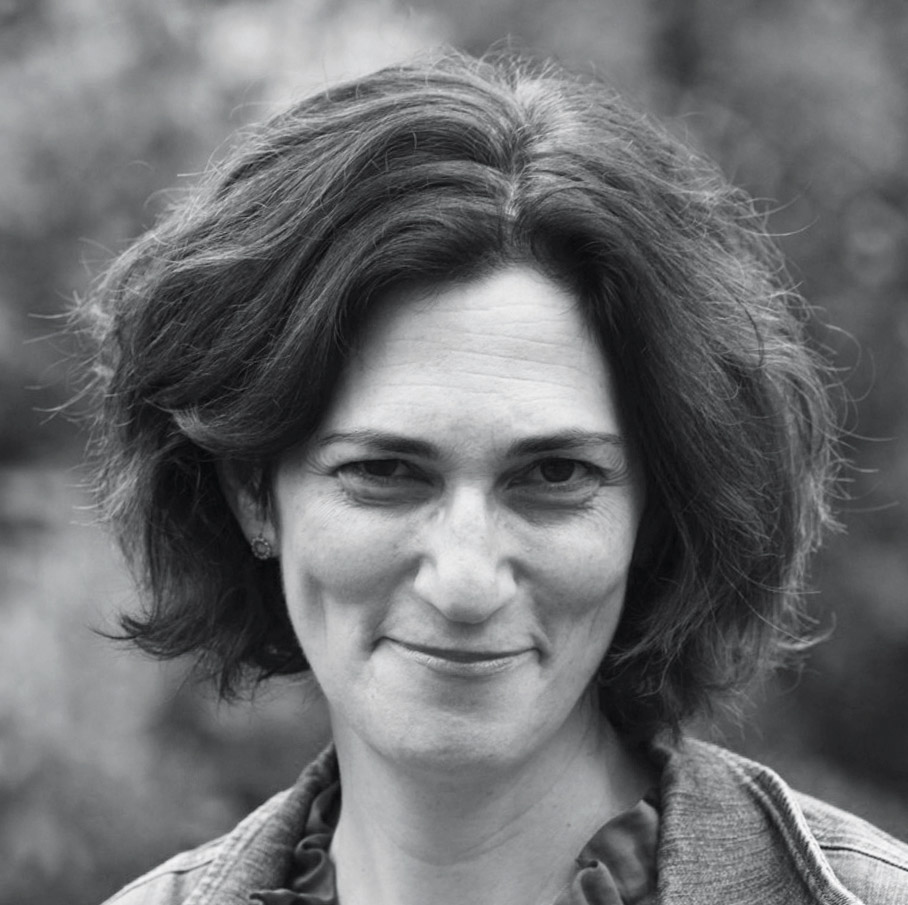 Dina Kraft is a journalist and podcaster based in Tel Aviv where she’s the correspondent for "The Christian Science Monitor" and co-host of the podcast “Groundwork” about Israeli and Palestinian activists working for change. She began her overseas career in the Jerusalem bureau of "The Associated Press." She was later posted to AP’s Johannesburg bureau. She has reported from Senegal, Kenya, Pakistan, Jordan, Tunisia, Russia, and Ukraine. Kraft has written regularly for "The New York Times" and "Los Angeles Times." She was a Nieman fellow at Harvard University and an Ochberg fellow at Columbia University School of Journalism. 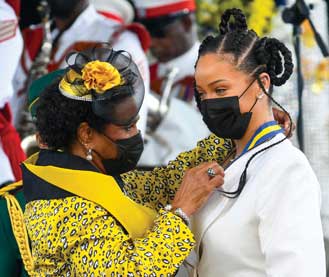 The Eye of the Storm
Climate change writer Laurie Goering on how business titan Rihanna is driving climate justice through the Clara Lionel Foundation. 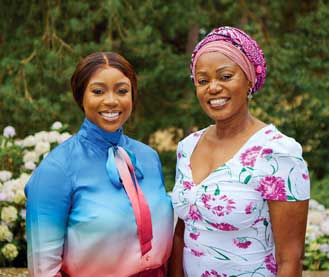 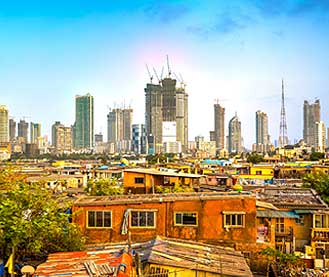 The Favela, the B Corp, and New Hope for Brazil

Journalist Dina Kraft writes about how Brazilian investors, philanthropists, and residents are joining forces to renovate favelas, transforming them into places to build wealth and equality.

In the summer of 2012, Fernando Assad and two colleagues began navigating the maze of squat, tin- roofed structures that make up one of São Paulo’s largest

favelas for weekly meetings with residents who all faced the same problem: They were desperate to repair their homes.

But these families — among 2 million favela residents in this city of 10 million people, most of them low-income — couldn’t afford to make the improvements. So, storms continued to bring rain inside their modest structures and summer brought insufferable heat.

One day, an outspoken regular, a friendly middle-aged woman named D. Idelci, failed to show up to the weekly meeting. Her son Ricardo soon appeared with the sad news: His mother had just died of pneumonia.

It was the substandard state of her home, he charged, that had killed her.

The group went to see for themselves. Hers was a one-room house with creeping mold, six occupants, and no windows.

Her doctor had warned her, Ricardo said, that the lack of ventilation was making her sick.

Remembering that moment, Assad’s voice cracked, saying “We were too late for her.”

Her death became a catalyst for Assad and his partners to move ahead with even more urgency and develop Vivenda, a social startup to renovate dwellings in favelas in São Paulo, and more recently throughout Brazil. Vivenda trains architects to work in the favelas, trains favela residents in construction skills, and connects both with low-income families in need of their services. The funding for the renovations is a mix of philanthropic and more traditional investment capital. Favela owners can repay their low-interest renovation loans over years, or in some cases, if they don’t have the funds, receive a grant for the renovation.

Among the families who have been able to renovate this way is Idelci’s. Through the program, her son has become a bricklayer and has since gone on to renovate dozens of houses through Vivenda, including his own — by adding windows.

In much the same way that a revolution in financial services two decades ago helped low-income individuals and families save and borrow more effectively and begin the climb out of extreme poverty, today a new cohort of social investors, Assad among them, is leading a new movement to help the world’s lowest-income people build wealth by investing in the upkeep of and improvements to what is usually their greatest, and often their only, asset: their home.

One of the movement’s leaders is Marcel Fukayama, who recognized that one of the most fundamental ways to address inequality, aid social mobility, and reduce poverty is to help low-income individuals and families build wealth. Through Din4mo, a B Corp he co-founded, Fukayama posited that financial services and programs that help low-income people invest in their homes could reduce risks to people’s health, grow wealth for those who need it most, and stop entire communities from sliding deeper into disrepair and poverty. It was a pathway to marry, over the long term, health promotion, job creation, and the reduction of wealth inequality.

The challenges favela residents face are layered. In many cases favela residents don’t have legal title to the land on which their home sits. In most cases, favela residents can’t access credit to buy more than a bag of cement or a few dozen bricks at a time. So, their homes sink further into disrepair as they shiver through cold, wet nights, grow sicker, and miss more work days because of molding ceilings and walls, while they save up for renovations.

The most fundamental ways to address inequality, aid social mobility, and reduce poverty is to help low-income individuals and families build wealth.

Even when they do save enough, often poor planning and lack of access to architects or professional builders leads to waste, poor design, and substandard construction. “It’s a complete mess,” says Assad.

At the time that Vivenda launched, the Brazilian government had already embarked on a sweeping plan to improve favelas. They were making progress sidewalk by sidewalk, park by park. But there was a policy blind spot: These were all changes for the good of public space, happening outside the homes. Inside the homes, piecemeal efforts to patch up a roof here, a wall there, had become an endless, impossible battle — and a largely invisible one.

And although the government was also constructing new homes, they were mostly in new neighborhoods, often on the outskirts of urban areas, not in the existing favelas. This solution created new problems by increasing the distance residents had to travel to their employment and failing to provide adequate transportation options. In addition, the housing was only going to a fraction of those who needed it.

Meanwhile, the majority of low-income Brazilians remained living in unsafe, inadequate homes in the favelas.

A New Way to Tackle the Low-Income Housing Crisis

Of Brazil’s estimated 69 million housing units, 51 million are inhabited by low-income families — and most need renovations of some kind.

Economists and policymakers cite homeownership as one of the most potent ways to build wealth among low-income families, not to mention the long-term benefits to health.

The right to adequate, safe housing has been declared a human right for decades, but in many parts of the world it remains an elusive goal.

Fukayama recognized that the private sector was too risk- averse to solve the challenge of low-income housing alone. He co-founded a Brazilian B Corp network to support this vision for a new economy — one in which philanthropists marshal their resources alongside traditional capital to de-risk key investments for the greater good.

Today, Vivenda is one of over 250 businesses that are part of the nascent B Corp network in Brazil. Vivenda’s blended finance model funds projects with a mix of traditional investment funds (60%) and philanthropic funds (40%), with philanthropic donors, such as the Brazil Foundation, guaranteeing each investment. It’s a form of what’s called “catalytic capital” where the philanthropist takes on the financial risk as a way to bring in traditional investors who are generally risk averse, and often avoid informal housing markets.

“That you might be able to work on climate resilience, housing security, and health and economic stability all at the same time through this type of loan and investment is especially powerful,” says Maggie Super Church, an expert in social impact investing and the vice president of Healthy and Resilient Communities at the Boston-based Conservation Law Foundation.

Behind the Scenes: Building a New Economy

Fukayama believes it is important to take the long view when it comes to making lasting change. Systemic change, like helping low-income households build wealth through improving their homes, is possible. But it comes, he says, from shifting mindset toward long-term well-being.

Fukayama’s outlook was born from being raised by parents who knew firsthand what coming from a low-income background looked like. His mother was an orphan from one of the poorest regions of Brazil and his father, like his mother, never went beyond high school education.

He saw up close at age 9 how his father had to pivot from his business fixing typewriters to fixing personal computers when they came on the scene. This helped inspire his own sense of entrepreneurship. By 12, he was working his school playground, selling pirated computer games he saved on disks at home. By 17, he had opened his first internet café, which soon turned into a small chain. When a lawmaker tried to shut down the internet cafés, citing the risk from youth playing violent video games, Fukayama reached out to the lawmaker and took him to visit the cafés. Fukayama showed him how vital a service the cafés were providing for low-income Brazilians. That day changed the lawmaker’s mind, and it changed Fukayama’s life. It showed him, he says, the power individuals have to change and impact policy for social change.

Today, Fukayama leads, coordinates, and promotes policies and self regulations to foster Stakeholder Governance at
B Lab, the nonprofit behind the B Corp movement. “In order to build an inclusive, equitable, and regenerative economic system, we need to change the rules of the game,” he argues.

Fukayama realizes his quest for economic change might seem naive to some. But he finds inspiration in the metaphor of cathedral building.

“It’s about doing work even if we don’t always get to see the results of our labor, like those cathedrals that took hundreds of years to be built,” he said. “Last week I was in Milan and saw the Duomo, which took 600 years to complete. We might not see the results of a transformed economy, but the results will come.”

Dina Kraft is a journalist and podcaster based in Tel Aviv where she’s the correspondent for "The Christian Science Monitor" and co-host of the podcast “Groundwork” about Israeli and Palestinian activists working for change. She began her overseas career in the Jerusalem bureau of "The Associated Press." She was later posted to AP’s Johannesburg bureau. She has reported from Senegal, Kenya, Pakistan, Jordan, Tunisia, Russia, and Ukraine. Kraft has written regularly for "The New York Times" and "Los Angeles Times." She was a Nieman fellow at Harvard University and an Ochberg fellow at Columbia University School of Journalism. 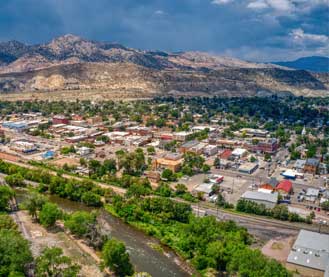 Harnessing the Power of Data and Systems to End Homelessness, For Good
Community Solutions CEO Rosanne Haggerty details how she is working in partnership with communities all over the UnitedStates to make homelessness rare and brief through Built for Zero, which won the 100&Change Award in 2021.
Not Tagged 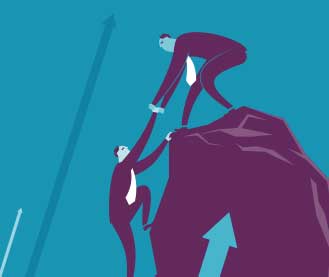 Co-Investing in Good Governance
Executive Director of the Chandler Institute of Governance Wu Wei Neng on effective ways to invest in good governance.
Not Tagged 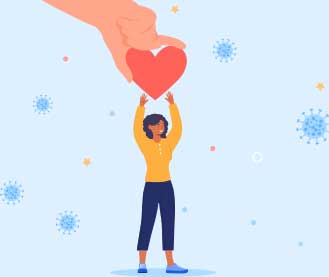