Cecilia A. Conrad, CEO of Lever for Change and managing director at the John D. and Catherine T. MacArthur Foundation, shares her work accelerating the impact of philanthropy.

My mother lost her job because of me. She was pregnant with me and was fired because of a prohibition against pregnant women teaching. Today, this sounds shocking — almost unbelievable. But it was commonplace in the U.S. in the 1950s.

Despite these challenges, or maybe because of them, she urged me to dream big and readied me for opportunities that she never had.

In the 1960s, when the media reported that women, working full-time, earned 60 cents for every dollar earned by men, “Where’s my 40 cents?” became a rallying cry for women of my generation across the country. I went off to Wellesley College with the conviction that my classmates and I would be the generation to achieve gender equity.

I decided to major in economics, not giving any thought to the fact that it was a male-dominated field. It didn’t occur to me until I arrived at graduate school at Stanford University and realized I was one of only two women in my class. That was, perhaps, one of the first signs that my timeline and the world’s were not aligned.

It has taken 58 years to shrink 40 cents to 17 cents (the current wage gap in the U.S.). Here we are in 2021 and the World Economic Forum has just projected that my generation will not live to see gender equality; nor will our daughters, granddaughters, nor great-granddaughters. That’s because, at the current rate of progress, it will take another 208 years to reach gender equality in the U.S..

That’s a timeline I can’t accept. As an economist by training, I know the number 208 is not written in stone. We can achieve gender equality in less time or more time, depending upon the choices made by individuals, businesses, governments,
and philanthropists.

With that in mind, Melinda French Gates, MacKenzie Scott and Dan Jewett, and Charles and Lynn Schusterman Family Philanthropies made a big bet to accelerate the pace of change, by collaborating to launch the Equality Can’t Wait Challenge in June 2020. The challenge, managed by Lever for Change, has recently awarded US$ 40m in funding to 10 organizations working to expand women’s power and influence in the U.S. by 2030.

This is no winner-takes-all competition. The goal, as with all of Lever for Change’s work, is to remake philanthropy into a vehicle capable of historic, catalytic systems change.

The overwhelming response to the Challenge proves there’s no shortage of transformational ideas about how to accelerate progress for women and girls.

Consider the current state of philanthropy.

If we are going to achieve gender equality in the U.S., we need a philanthropic system capable of triggering and supporting sustained transformative change on a historic scale.

That means not only bigger bets and longer time horizons, but also more collaboration among funders. We need a philanthropic sector that is more than the sum of its parts. Because, as any nongovernmental organization leader can tell you, two US$ 500,000 grants aren’t the same as a single million dollar grant.

And, of course, it also means getting capital off the sidelines. We need to give philanthropists, who haven’t fully committed because they can’t engage in the due diligence necessary to ensure wise investments, access to vetted, shovel-ready proposals.

Too often philanthropists “cling to the edge of the pool” in their philanthropy; supporting the same safe causes and same familiar organizations again and again. That isn’t a recipe for change. That’s support for maintaining the status quo. And it is devastating to our work in achieving gender and racial equity. According to the Women and Girls’ Index, while philanthropic support for women’s and girls’ organizations grew to US$ 7.1 billion in 2017, it still totals just 1.6% of all charitable giving.

Simply put: we need a philanthropic sector that is as revolutionary as the transformation it seeks to achieve.

To achieve this, the Lever for Change team, which I lead, encourages philanthropists to make big bets together. We’ve helped support nine such challenges thus far. They have included campaigns on racial and gender equity, strengthening democracy, and climate change, among others.

Our goal is to unlock US$ 1 billion in funding for solutions at scale by 2023. Three years after announcing the inaugural US$ 100m 100&Change challenge for the MacArthur Foundation, we are more than halfway there. And we hope to achieve double donor funding for all of our campaigns by encouraging additional grants through the Bold Solutions Network, where we list proposals we’ve thoroughly vetted.

For the Equality Can’t Wait Challenge, we first asked the applicants to help whittle a pool of 550 proposals to 150. We then convened a panel of 130 leaders from philanthropy, finance, academia, entrepreneurship, and the media to provide second reviews for that top tier. As with all of our challenges, finalists are added to our Bold Solutions Network to encourage philanthropic investment in organizations and ideas that have been robustly vetted.

Given the large number of outstanding solutions that emerged from the process, the Challenge hosts have created a special platform to showcase them: the Equality Can’t Wait Idea Lab.

This curated digital catalog of remarkable, catalytic investments is a good reminder that our goals are achievable. We know how to improve equity. Not in 208 years’ time, but sooner. We simply need to right-size a more strategic philanthropic sector for the task at hand, so that our daughters don’t have to.

I’m delighted to share that the Equality Can’t Wait Challenge has announced four projects that will be awarded a total of US$ 40m to support their bold ideas to expand women’s power and influence in the U.S. by 2030. All are great investments for any philanthropist.

The projects varied in their approach and closely aligned with Challenge goals — advocating for caregiving infrastructure; increasing pathways for the next generation of women to advance in key sectors such as technology; and advancing economic empowerment for Indigenous women.

These powerful, evidence-based solutions, when launched at scale, will advance meaningful and equitable change for women and gender equality across the U.S. by breaking down barriers, expanding opportunities, and changing systems.

The National Domestic Workers Alliance, Caring Across Generations, the National Women’s Law Center, The Arc, MomsRising Education Fund, and Family Values @ Work will transform attitudes around caregiving that are heavily influenced by gender and racial biases; coalesce existing movements for child care, paid family and medical leave, and long-term services and supports; and mobilize public demand for high-quality, flexible care options that include valuing the work of paid and unpaid caregivers.

Changing the Face of Tech:

Ada Developers Academy supports women and gender expansive adults, particularly from underserved and disinvested communities, in technology through an immersive training and internship program. Through this project, Ada will expand nationally by providing corporate social justice and management training to 500 of the world’s leading technology companies and expand its immersive coding program to develop 6,000 new tech leaders, and prepare another 3,600 women for software development training, increasing their incomes and earning power, and diversifying this critical sector.

Increasing Young Women’s Power and Influence: Girls Inc.’s Project Accelerate will accelerate young women’s trajectories through college and career entry, leveraging partnerships with corporations and social impact organizations to ensure their preparation and access to positions of influence. Through a network of 78 affiliates, Project Accelerate aims to lift 5,400 diverse women into corporate positions of power and influence, shifting the equity landscape for generations.

The Future is Indigenous Womxn:

Native womxn interested in entrepreneurship do not enjoy equitable access to capital, business development resources, financial capability, or career opportunities. New Mexico Community Capital and Native Women Lead will catalyze the investability and economic liberation of Indigenous womxn by scaling impactful businesses owned by Native womxn. Their growth will increase power and influence within their families and unlock potential for wealth creation through community employment opportunities.

Additionally, two finalists were awarded US$ 4m each in supplemental funding from the Challenge in recognition of their track records of building women’s economic and political power, and their potential to leverage their experience to positively impact the lives and influence of more women across the country:

A Call to Action:

Holding Society Accountable for Intimate Partner Violence: In partnership with thousands of survivors of intimate partner violence across the country, FreeFrom will build an ecosystem of long-term support — including banks, employers, health insurance companies, religious organizations, and state and federal governments — to reframe our understanding of intimate partner violence as a systemic economic issue, hold society accountable, and help survivors to build collective power and influence.

Training Next Gen Women to Flex Their Political Power:

IGNITE will scale its impact-driven programs to train hundreds of thousands of young women by 2026 to flex their political power as voters, activists, policymakers, commissioners, and candidates. IGNITE leads with issues young women care about, connects them to elected women making decisions around those issues, then trains them to run and lead. 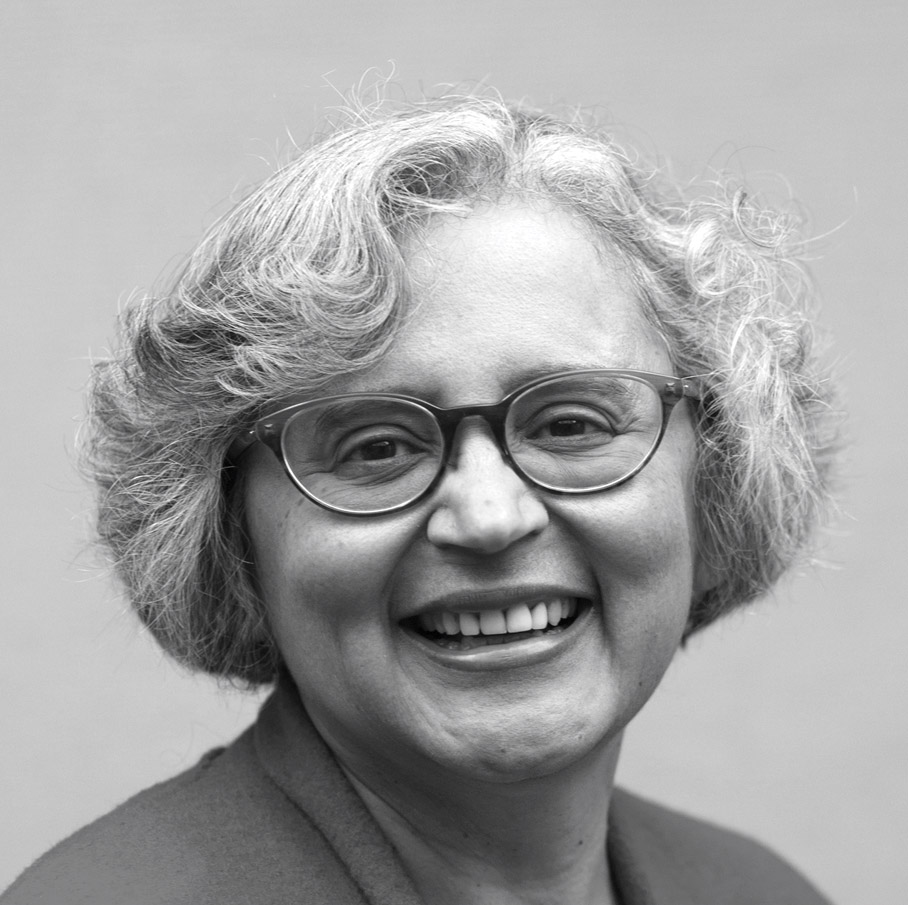 Cecilia Conrad is CEO of Lever for Change, a new nonprofit affiliate of the John D. and Catherine T. MacArthur Foundation, created to accelerate large-scale social change around the world. The organization develops and manages customized, open and transparent competitions that connect donors with bold solutions to global challenges, while strengthening the most highly rated ideas emerging from these competitions and catalyzing big investments through its Bold Solutions Network. In addition to her role at Lever for Change, Cecilia oversees the MacArthur Fellows and 100&Change, MacArthur Foundation’s competition for a US$ 100m grant to help solve a critical problem of our time. Before joining the MacArthur Foundation in 2013, Cecilia had a distinguished career as both a professor and an administrator at Pomona College in Claremont, California and is currently professor of economics emerita at Pomona College. She served as associate dean of the college (2004 to 2007), as vice president for academic affairs and dean of the college (2009 to 2012), and as acting president (fall 2012). From 2007 to 2009, she was interim vice president and dean of the faculty at Scripps College. Cecilia received her bachelor’s degree from Wellesley College and her doctorate in economics from Stanford University. 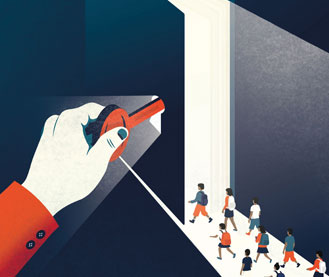 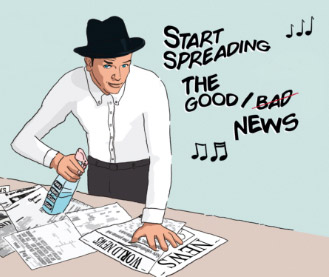