Tim Hanstad, CEO of the Chandler Foundation, writes about inequality and how social investors need a shift in mindset to focus on long-term solutions to building a better world.

An Early Lesson: Charity is not the Solution

My work life started at the age of eight, picking strawberries in the fields along the Skagit River near my home in the Northwest corner of Washington state.
‍
We were paid by the quart. The hardest workers could make US$ 5 in a day. I never came close.
‍
On good days, I earned a couple of dollars. For me, it was welcome pocket money for a soda and a candy habit that my parents balked at supporting.
‍
For the migrant farm workers who labored alongside me, the dollar bills placed in their calloused hands were meant to be life sustaining — for themselves and their families.
‍
As we rode the decommissioned yellow school bus to and from the fields, I learned of my fellow laborers’ dangerous journeys, crossing borders, rivers, and mountain ranges to my beautiful valley where they would live in shacks at the edge of farms, cooking their meals on open fires, and laboring alongside their children — because, of course, who could feed a family on our pay?
‍
My family, who noted the migrants’ limited diets and threadbare clothing, took to occasionally dropping off food and hand-me-down clothes.
‍
It gave me great joy and much pride to deliver these care packages. And they were received with heartfelt smiles. But as I lay in bed each night, my back sore from the hours spent hunched over in the fields, I was troubled by a feeling that our family’s well-intentioned charity made little difference. It didn’t allow the children in these migrant families to attend school, to have a chance at a better future, and it only took the bitter edge off the present for a moment.

Forces that Matter: Government and Markets

I came to realize that these families were like leaves in the wind, blown by two powerful forces: government and the market. The failure of their governments to provide opportunity, essential services, and security in their home prompted their flight from the then lawless and poverty-stricken regions of Mexico. Facing a lack of economic opportunity, market forces pulled them to my corner of the United States where the price of their labor, while a pittance, was still more than they could hope to fetch back home.
‍
In contrast, I grew up with the wind at my back. While poor by local standards, the historical accident of being born in the United States and as a white male in a loving, supportive family has provided a privileged tailwind. But thanks to many summers spent laboring in strawberry fields,  I grew to understand that unrelenting headwinds challenged my fellow farm laborers. And I became inspired to do my part to help create a better world.
‍
When I arrived at law school, I began working with my professor, Roy Prosterman, to help countries develop and implement land laws that could provide the sort of security and opportunity that my fellow farm laborers had needed in Mexico. Eventually, Roy and I founded Landesa, the world’s leading land rights organization, and worked with governments in dozens of countries to develop land laws and policies that gave women and men in poverty a chance at a better life.

Shifting Mindsets to Make a Difference

Two years ago, I left Landesa to lead the Chandler Foundation — joining the conversation about how social investors can best leverage their resources to achieve our shared goals.
‍
I feel a great weight today as we engage with a world that is at an inflection point. A global pandemic is sickening millions and has killed hundreds of thousands. Businesses have shuttered, putting hundreds of millions out of work. Rising inequality has prompted calls for reimagining or even discarding capitalism. At the same time, the United States has been rocked by the realization of longstanding and widespread institutional racism and police brutality against African Americans. And of course, there is the existential threat to us all posed by climate change.

In the face of such overwhelming and deeply rooted problems, how can social investors make a difference?
‍
A first step is to recognize that governments and markets play the most important roles in determining whether and how the world addresses our current challenges. That shouldn’t discourage social investors. It should help us define and refine our role. Think: less “doer” or service provider, and more connector, architect, catalytic strategist.
‍
This requires a shift in mindset.
‍
Social investors often make one of two mistakes. They either overestimate their potential to create change and think they can solve problems by simply writing a check to a worthy cause. Or they underestimate their potential and think that supporting efforts to improve governance or market systems are challenges that are beyond their scope, resources, or relational networks.

The Power of Partnerships

What both lines of thought miss is the power of partnerships, which is the theme of this year’s Social Investor magazine. Social investors can achieve breakthrough and redesign failing systems by collaborating with the forces that have the largest footprint on our planet — government and business. We can build partnerships that help government and business fulfil their mandate as  strong forces for good and achieve a world where governance is strong and effective, markets are fair and vibrant, and communities flourish.

To make the most of these partnerships we should:

Embrace a systems mindset: Problems are always part of  broader systems. Understand the system to identify levers for action and collaborators.

Address causes rather than just symptoms: Go beyond applying and reapplying Band-Aids. Instead, attack the problem at its source.

Take a long-term perspective: Most transformative social change requires many years, if not decades. Adopt the patience and persistence required.

Learn from others: No single person or organization has all the answers. Proceed with a beginner’s mind and learn from and engage with those closest to the problem.

This approach elevates our work, shifting it from a simple act of charity to catalytic social investment. When done right, this approach can repair governance and economic systems, making the systems more trustworthy and capable of creating broad opportunity. This path is not only more ambitious, it is more durable, efficient, and effective.

In order to help the migrant workers with whom I worked, for example, adopting this strategy means going beyond the delivery of care packages. It might mean engaging with governments south of the United States border to help them improve governance, the rule of law, land rights, and policies that promote investment and economic opportunity. And it might include engagement with the business community to build a fairer and more vibrant marketplace. It could also involve broader efforts to reimagine a capitalism where purpose and principles take their rightful place alongside profits.
‍
I have come to think of our work as social investors in terms of helping to develop economic and governance systems that expand opportunity and build trust.
‍
I learned something in the berry fields of my childhood that has been reinforced through my work across the globe: that talent is evenly distributed around the world, but opportunity is not.

Inequality of Opportunity — A Challenge For Our Time

Today’s headlines featuring calls from Black Lives Matter, Me Too, and youth climate activists demonstrate that governments around the world have yet to deliver on a promise of equal opportunity for present and
future generations.
‍
The data from the World Economic Forum’s 2020 Social Mobility Index confirms this. The report, which measures social mobility as an indicator of opportunity, found “an individual’s opportunities in life remain tethered to their socio-economic status at birth, entrenching historical inequalities.”
‍
This lack of opportunity and the resulting inequalities undermine social cohesion and trust. Most of us can feel the unravelling of social cohesion and trust around us today.
‍
According to the 2020 Edelman Trust Barometer, an annual global survey of more than 2 million people, 56% of respondents believe capitalism today does more harm than good and 57% say government serves the few. The report says, “distrust is driven by a growing sense of inequality and unfairness in the system.”
But the current crises — health, economic, equity, and environmental — may be just the impetus to reverse this trend. A recent update to the Edelman report, found that 64% of respondents agreed that “This pandemic has made me realize how big the gap in this country is between the rich and the working class.” Edelman found that trust in government had surged between January and April 2020. Government performance will determine if this new confidence sticks.

From First-aid Stations to Blueprints for Success

How can social investors put their thumb on the scale to help make this happen? We social investors recognize the critical importance of opportunity and trust, but often have a hard time identifying a role for ourselves as a catalytic actor in partnerships that expand opportunity and build social trust. This issue of Social Investor provides ample models. Consider partnerships to help government officials operate in a more efficient, effective, transparent, and data-driven manner. Consider work to build marketplace systems and structures, and harness business as a tool to expand and democratize economic opportunity.

Dysfunctional systems, institutions, and markets aren’t a challenge to bypass or work around. They are an urgent invitation, an opportunity for strategic social investors to engage. To lean in, we must change our limited paradigm of social investors as a first-aid responder who treats symptoms caused by weak governments and dysfunctional markets.
‍
Providing care packages to poor, migrant laborers is, no doubt, a good deed — but it is not nearly enough. Opportunity shouldn’t be a gift bestowed in a gesture of kindness. And it shouldn’t depend on a destination 4,000 kilometers away. Opportunity should be generated by fair, inclusive, and high-functioning governance and economic systems.

We must move from Band-Aids to blueprints and establish long-term collaborations with government, business, and NGOS. For it is only by doing so, that we can build systems that expand opportunity, build trust, and provide tailwinds for all. 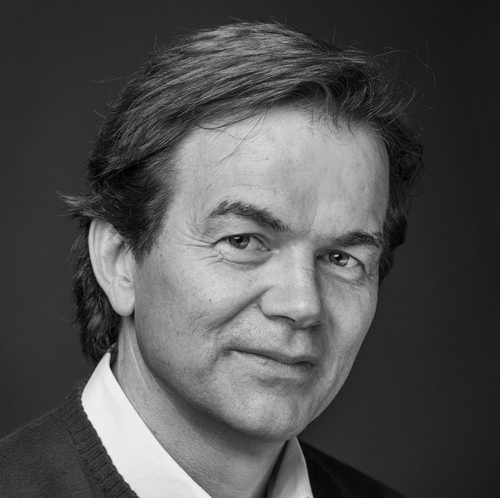 Tim Hanstad serves as CEO of the Chandler Foundation, where he oversees the organization’s vision to champion prosperity and expand economic opportunity for all.  Previously, he Co-founded Landesa and served as its CEO.   Landesa became the world’s leading land rights organization and a “Top Ten” NGO.  He launched Landesa’s programs in China, the former Soviet Union, and India – where he lived for many years.  As a Skoll Social Entrepreneur Awardee and Schwab/WEF Outstanding Social Entrepreneur he has been recognized as a solutions-oriented leader, bridge-builder and innovator across the social investment and global development sectors.  Hanstad has authored numerous books and articles on economic and social development. He holds two law degrees, with honors and summa cum laude, from the University of Washington.  He is married to Chitra and is the proud father of 4 adult children. 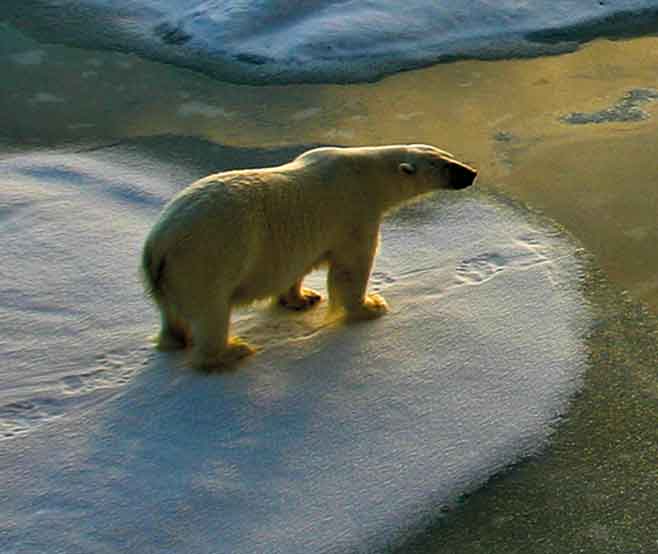 Climate Philanthropy Matters
How to invest in saving the environment.
Social Mobility 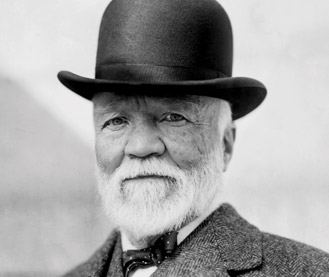 Thinking Historically About Big Bets in Philanthropy
Micah McElroy looks back at the bets which paid off.
Impact Investing 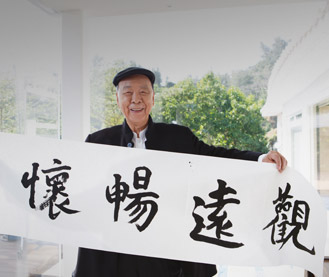 Philanthropy Through the Prism of Harmony
Dr. Lui Che-woo’s approach to giving.