Unlike many other philanthropic foundations that have core areas of focus, the Harish & Bina Shah Foundation maintains a diversified portfolio — it is agnostic with its grantmaking decisions, and, since its inception in 2010, has supported a myriad of causes from public health to empowering vulnerable communities to governance matters in India. Some of the foundation’s long-standing partners include Maharogi Sewa Samiti, founded by the late Baba Amte in order to help leprosy sufferers, the People’s Archive of Rural India, started by the revered Indian journalist P. Sainath, and other partners such as the Anahad Foundation, Sahaara Charitable Society, and the Committee of Resource Organizations (CORO). Such partners are led by passionate social entrepreneurs working for causes such as artist welfare, rights of undertrial prisoners, and leadership building among India’s growing young population. Even more surprising is the fact that this strategic direction came about organically, rather than deliberately.
‍
“To be honest, we did not start the foundation with the mindset that we would take an agnostic approach,” admitted Amira Shah, daughter of Harish and Bina Shah and a member of the foundation’s Board of Directors. “The truth is that we did not know where to drop the anchor when we began and so there was that element of not reinventing the wheel and instead learning by observing.”
‍
However, this approach eventually became part of the foundation’s strategy, fueled in part by the family’s realization that no one cause is more important than another. “Reality simply doesn’t allow any foundation to focus on just one area because all aspects of life are interconnected,” explained Shah, who added that the foundation does not feel pressurized to have an identity by cause or geography. “By being agnostic, we are able to be flexible and nimble with our grants and quick to answer to unexpected needs when they arise.”

By being agnostic, we are able to be flexible and nimble with our grants and quick to answer to unexpected needs when they arise.

Staying Close to the Ground

The COVID-19 pandemic, for instance, exemplifies how their approach has borne fruit. When the outbreak hit India, the foundation was in the midst of reviewing  its existing 15 partnerships and assessing possible new grantees.  Recognizing that most (if not all) non-profits would need funding to ride out the storm and that speed was of the essence, the family members rolled up their sleeves, and personally conducted the due diligence needed to confirm disbursement.
‍
Said Shah: “Because we were already exposed to so many causes and types of non-profits, we were able to make decisions on the existing grants quickly (all partners were reassured of funding based on their needs), and approve more than one dozen new ad-hoc  funds if the organization was involved in COVID-relief and rehabilitation work. We are also continuing  to evaluate short-term grants to ease emerging COVID-pain points such as hunger, livelihoods, migration, mental health and the rise in domestic violence.”
‍
Moving forward, the foundation is due to enter a new phase of growth. Presently, the bulk of the foundation’s work is conducted by 18 members comprising the Board of Directors and volunteers from the family’s business. To ensure sustainability and wider outreach, the foundation is in the midst of defining its mission with more specific articulation of programs, partnerships, systems, and communication.
‍
And while it will look to delve more deeply into defined programs, Shah maintained that a portion of the foundation’s funds will always be dedicated to its agnostic approach. “This has become a signature part of our DNA,” she concluded. “It allows us to stay very close and very connected to what is happening on the ground. This is something that we feel very strongly about and so this part of our giving will never change.” 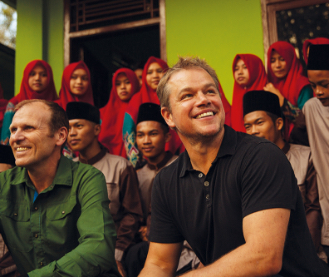 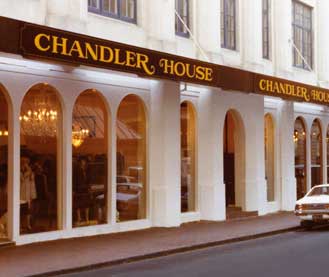