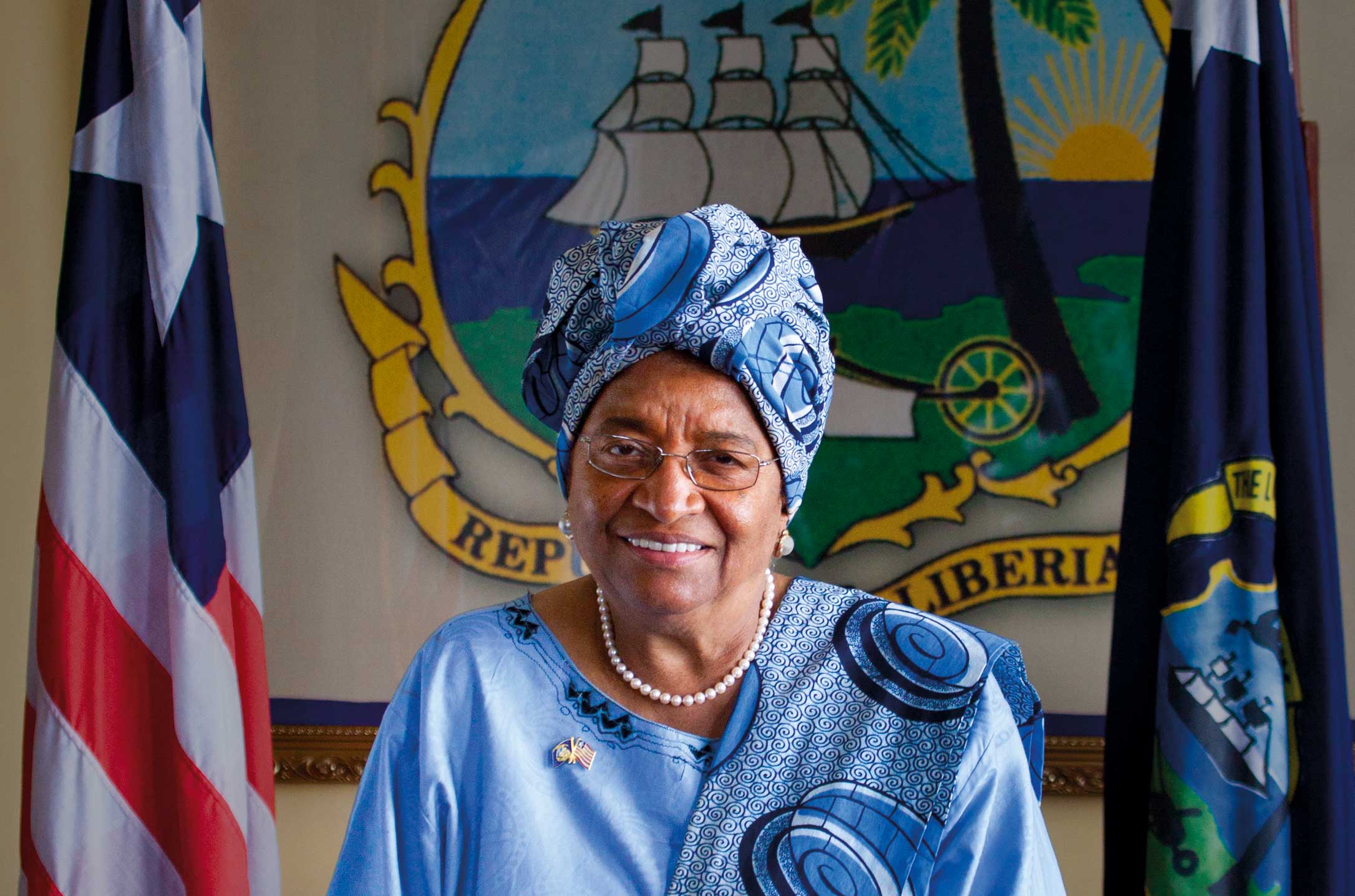 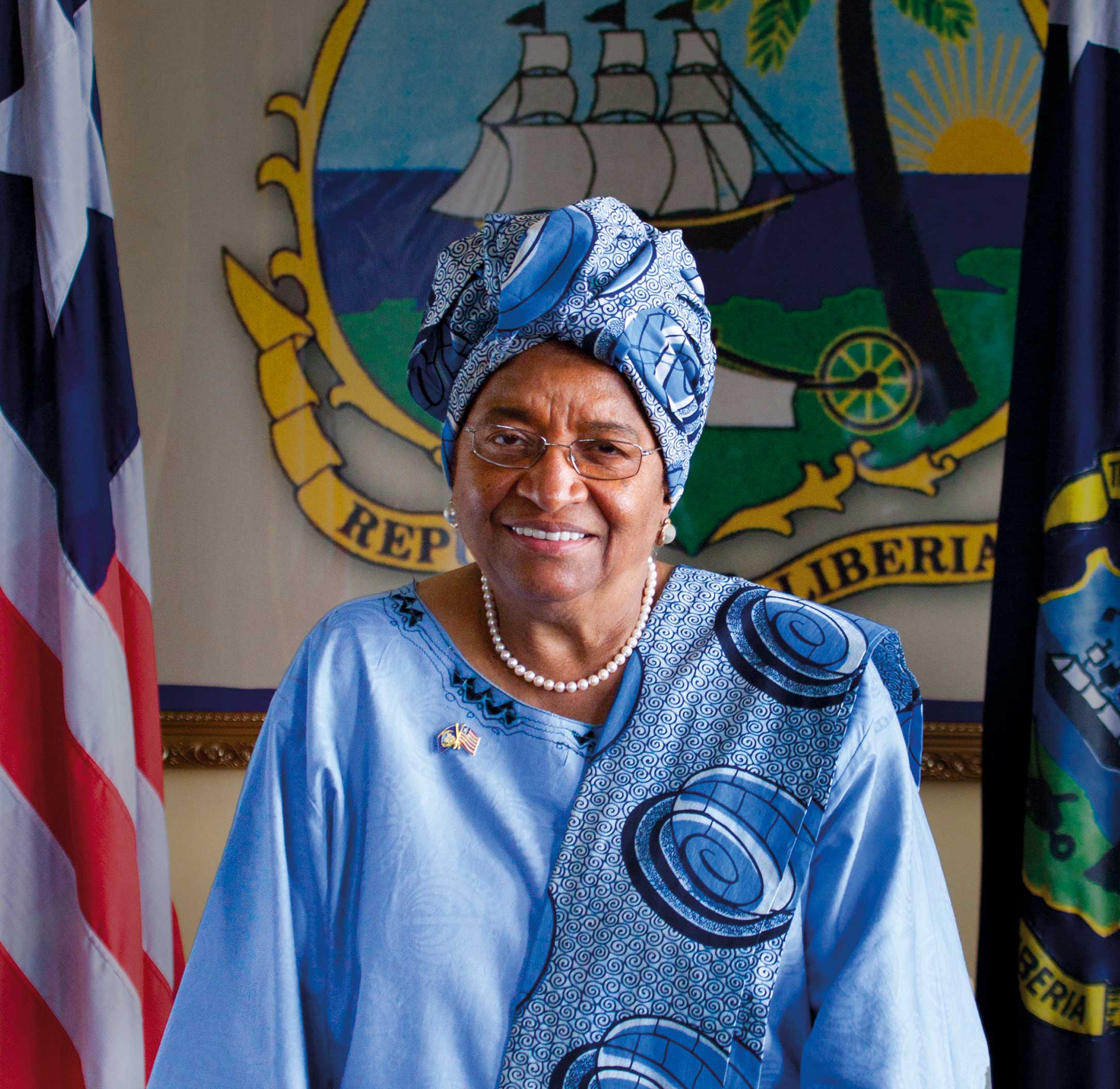 You successfully led Liberia through the Ebola epidemic from 2014 to 2016 — helping stop the disease within your country and preventing its spread beyond West Africa. What advice do you have for global leaders as they grapple with COVID-19 and the aftermath?

Ebola infected more than 10,000 Liberians, and killed more than 4,800 people, including 10% of our doctors and 8% of nurses and midwives. It brought our GDP growth into negative territory and it demonstrated the human costs of a poorly functioning health system.
‍
My advice to today’s global leaders in the age of COVID-19 is: when planning your recovery, do not overlook addressing the gaps in your healthcare and social service systems that allowed the virus to sicken so many, so quickly. These structural reforms will make your society stronger, more resilient, and better equipped to recover and address the next challenge.
‍
In Liberia’s case, this meant connecting rural populations — that previously often had no access to healthcare whatsoever and distrusted the health system — with basic healthcare services and the national healthcare system. We did that by launching a national community health worker program immediately
after the Ebola crisis ended.
‍
For many wealthier countries battling COVID-19, we see the lack of access to healthcare, the lack of paid sick leave, and a lack of coordination as potential Achilles heels.

During your time as president, you successfully managed to secure debt forgiveness, launched the national community health worker program, made basic education free and compulsory, and oversaw the first peaceful transition of power in decades. How were you able to achieve so much in a fragile democracy just recovering from a civil war that killed nearly 10% of the country’s population and destroyed physical and social institutions?

Yes, we inherited a wounded country with dysfunctional institutions, but far beyond the physical destruction and deprivations, it is important to recognize that we were also divided. When I look back and consider the scale and scope of the challenges, this one issue remains at the forefront of my memory — Liberia needed healing. If our house had remained divided, we would not have made any progress, no matter the expense or effort.
‍
We were able to achieve these successes (and others) thanks to two things: a unifying vision that pulled the country together and a team with shared values.  Helping to address the needs of a poor country — a country well-endowed, but with deep divisions and limited capacity required being bold in our vision for development and growth within Liberia as well as partners across the world who believed in that vision, invested in it by working alongside us, and supported us. This included helping us build and invest in the capacity within our government and our country, and having philanthropic and development partners who were willing to take risks and have patience.

What do you see as the key to further progress in Liberia?

I see two mutually reinforcing levers for further advancing Liberia’s development, as well as development of our neighbors and friends across the continent. Using both of these levers requires support from partners.
First, investing in the capacity of government to deliver basic services is critical, as is building the capacity to help scale and sustain innovations. Public servants are what my friend Mo Ibrahim calls “unsung heroes.” We have to invest in these leaders as an engine for great programs and policies. We need to change the perception and reality of leadership.

Second, as we build a pipeline of leaders in public service, we need to ensure the inclusion of women as leaders. If we harness the potential of women and girls, broadly, in and out of government, we can achieve the transformational change my country and the continent desperately need. This includes training women, hiring women, promoting women, and electing women.

These two critical issues are connected in Emerging Public Leaders, which builds on the model of President’s Young Professionals Program, both of which I launched with Betsy Williams to recruit and train the top university graduates into civil service careers.
‍
We’ve found that providing meritocratic recruitment pathways is a critical ingredient for unlocking women’s leadership in the public sector. What’s more, when talented women get the chance to play key roles in governance, they help to fill capacity gaps that limit government effectiveness. It is common sense that a government of men alone cannot possibly represent the best minds a country has to offer. The program has helped recruit and promote some of the best women and men in the country to public service.

Ensuring inclusive and dynamic leadership, especially from women, is also why I have launched the Ellen Johnson Sirleaf Center for Women and Leadership, which started in March with the kickoff of our Amujae Program for Political Leaders.  Meaning “lift up” in Kru, our local dialect, its mission is to inspire and prepare women to unapologetically take up roles and excel in the highest echelons of public leadership, including elected office, and to bring other women along.
‍
I was the first democratically elected woman to lead an African nation. I am waiting, Africa is waiting, for other women to follow. The programs I am supporting are to help make this happen, not in 10 years or 20 years, but now.

These efforts, together with the promotion of democracy, checks and balances, and accountability will lead to improved institutions and economic policies. We should add that the necessary conditions for development also rely on improving the rule of law, assuring democratic transitions, controlling corruption, and assuring property rights. Strong institutions to protect these rights are indispensable. But it starts with the right people.

What do you see for your country’s future?

Liberia’s success will depend upon the continued strengthening of weak institutions and combating endemic corruption and patron-clientelism politics, which are the most formidable barriers to making democracy work. These ills must be fought with all tools available from many partners; improving civil service capacity, ensuring institutions are stronger than the individual, and removing the educational, societal, and institutional structures that disadvantage women. There is no substitute for this in Africa, or indeed, anywhere.
‍
The good news is that corruption struggles to remain hidden in a world where technology and information systems have brought us unprecedented opportunities for transparency. Today, social media empowers everyday citizens to become watchdogs. Though, at the same time, social media can bring its own threats to democracy and truth, which must be recognized and managed.
‍
We can seize this potential and support a mentality change in society. We must recognize that progress demands our collective efforts to improve government and the institutions from which they lead and deliver.

President Ellen Johnson Sirleaf served as the president of Liberia from 2006 to 2018, becoming the first elected female head of state in Africa. During her time as president, Ms. Sirleaf advocated for freedom, justice, and peace, rebuilt and strengthened Liberia’s institutions, and promoted opportunity for women and youth. In 2011, she received the Nobel Peace Prize for her accomplishments. She was awarded the Mo Ibrahim Prize for Achievement in African Leadership in 2017.

Ms. Sirleaf is a board member of Emerging Public Leaders and a member of The Elders.