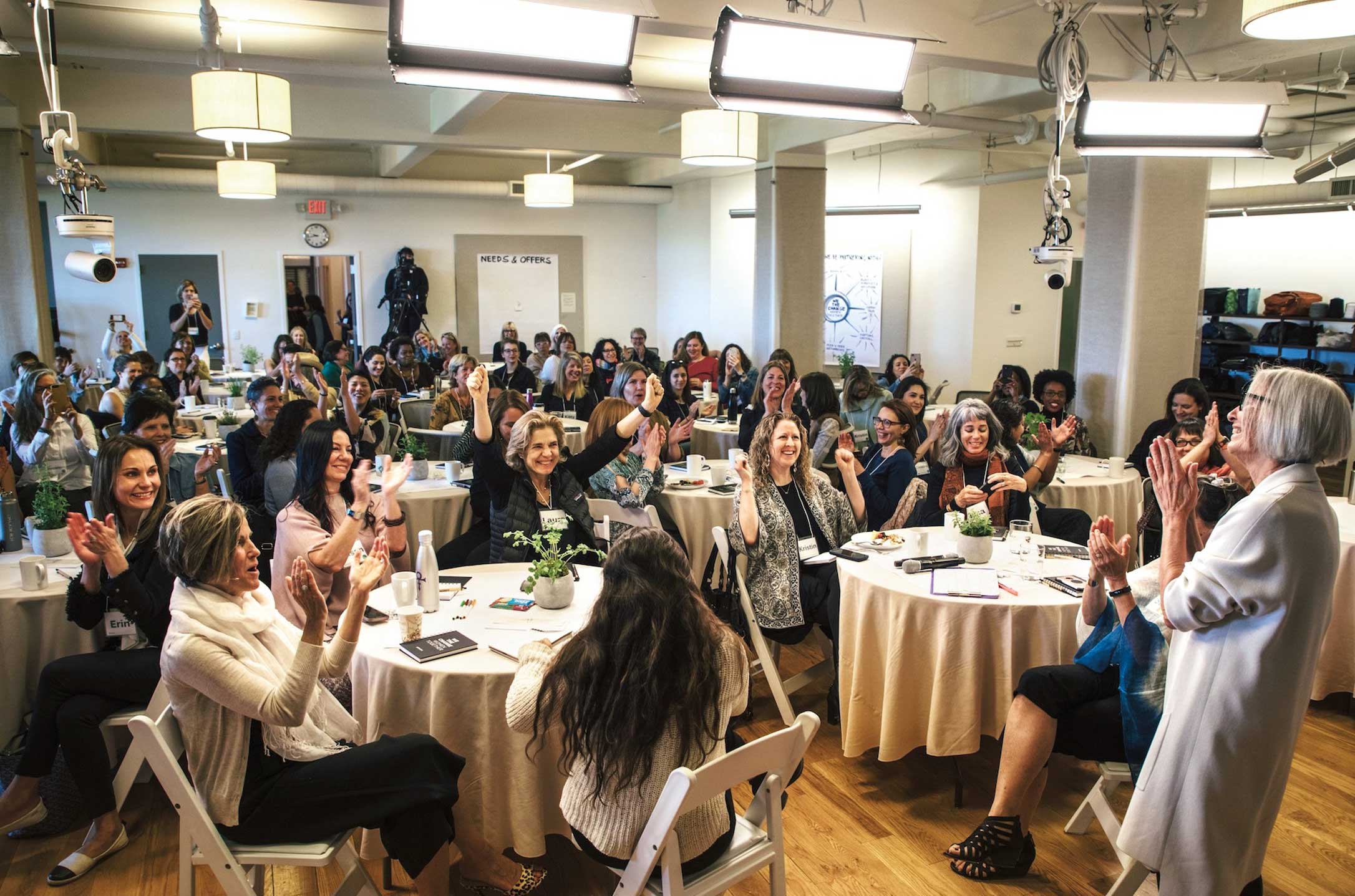 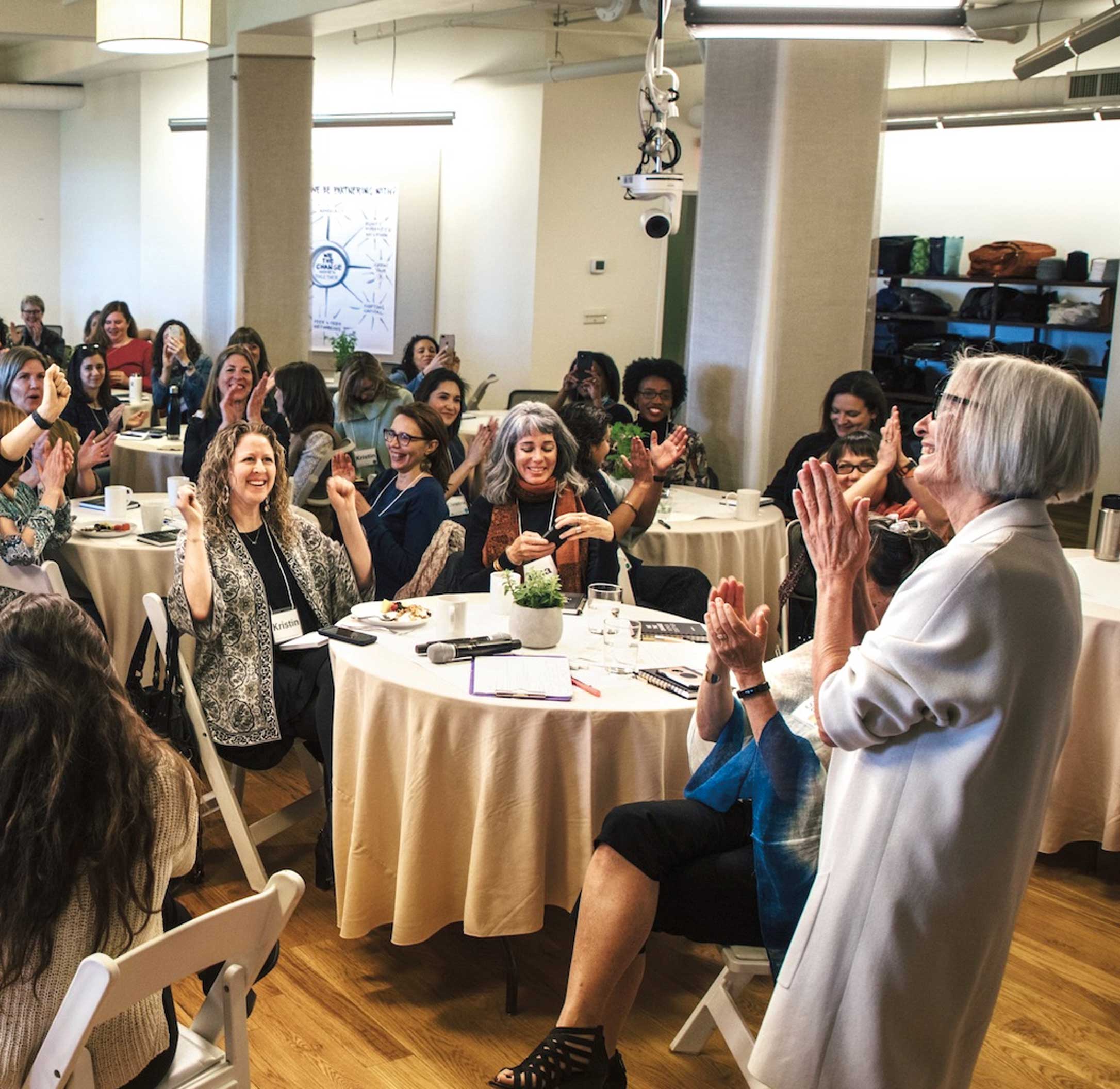 to Work for Good

From Profits to Purpose

For most of the 20th century, by custom and by law, businesses and capital markets have followed a doctrine that maintains that the responsibility of business is, primarily — or solely — to maximize profits.

Today, a profound global shift away from that doctrine is under way.
‍
A growing number of private sector leaders are shifting the focus of their businesses to maximize social and environmental benefit.

We see evidence of this shift in the diverse and innovative entrepreneurs launching new for-profit businesses, and retrofitting existing ones, to address some of the world’s most complex problems: inequality, access to education and healthcare, ecological collapse, racialized bias, and more. And just last year, many of the largest and most recognized corporate leaders in the United States released a new Statement on the Purpose of a Corporation by the Business Roundtable, pledging to work for the benefit of all stakeholders — customers, employees, suppliers, communities, and shareholders.
‍
Fueling this shift are people across the globe demanding more from the companies they work for, buy from, and do business with. Many of the private sector leaders who are championing this change recognize that to attract and maintain talent, they must offer more than just a paycheck — a purpose beyond profits. Others seek to stand apart and above their competition by making their good work central to their brand.

Harnessing the Power of Business to Drive Social Change

Our non-profit, B Lab, has been a driving force behind this movement to harness the power of business to drive social change. In 2006, after establishing standards to measure social and environmental performance, public transparency, and legal accountability, we began certifying companies that meet these standards. These Certified B Corporations (or “B Corps”) create value not just for shareholders, but for their communities, suppliers, workers, customers, and the environment.
‍
Already investors have established more than 3,300 thriving B Corps in 151 different industries in 70 countries across the globe using business as a force for good. They include long-time impact leaders from Patagonia, Triodos Bank, and Ben & Jerry’s; to pioneering multinationals such as Natura and Danone; to venture-backed innovators including Allbirds and Grove Collaborative. And every day more investors in small businesses and large multinationals reach out to us to explore how they can put their business to work for ideals they believe in.

This movement of inspired private sector leaders presents a historic opportunity to accelerate change. You can help the movement reach its potential in two important ways.
‍
First, you can join the movement as a like-minded investor and consumer. Consider looking at your purchases and investments with a B Corp lens. Customers around the world are increasingly recognizing that cash registers are potent ballot boxes. Meanwhile, activist investors and inspired private sector leaders are looking at their portfolio with the same lens.

Second, you can join the movement as a philanthropist and non-profit leader. Recognize the private sector leaders building the B Corp movement as kindred spirits and potential allies. Look for ways to leverage the unrivaled capacity of the private sector to put business to work solving the world’s most pressing challenges alongside your organization.
‍
Consider these cross-sector collaborations that show the potential scale of social change that private enterprise can catalyze:

These examples, and those of other impact leaders in the B Corp community, demonstrate that business can, and should be, a powerful and effective force for good — a force that, when paired with NGOs and philanthropists, is capable of expediting systemic change.

The B Corp Movement: An Ambitious Roadmap

The B Corp movement is ambitious. Our goal is much greater than a few thousand responsible businesses. Our goal is building a roadmap to a global economy that is regenerative, inclusive, and equitable for all people and our shared planet.
‍
This requires consumers, investors, philanthropic, non-profit, public, and private sector leaders to join forces as partners in creating a new social contract between business and society.
‍
To do this, we must change our expectations of capitalism, and of each other.
‍
Former US Secretary of State Madeleine Albright once remarked: “In my work, I often wonder to what extent business can help society in its goals to alleviate poverty, preserve ecosystems, and build strong communities and institutions.” She followed by stating, “B Lab has proven that there is a way — the B Corp movement shows us that business, the driving force of our economy, can be an agent of change and live up to society’s standards.”
‍
We would go even further to say that we will not achieve our shared goals of system change without the partnership and leadership of the business community — all of us aligned and working towards a vision of a better world.
‍
Let’s put business to work.

Bart Houlahan co-founded B Lab. He leads its standards management, certification and tech teams, and heads the global teams who ensure the integrity and rigor of the organization’s world-class impact management standards and platforms. Prior to B Lab, Bart was President of AND 1 and he was an investment banker with Stonebridge Associates, BNY Associates, and Prudential-Bache Securities. Bart is a Henry Crown Fellow of the Aspen Institute and an Advisory Board Member of the Center for the Advancement of Social Entrepreneurship (CASE) at the Fuqua School of Business.

Andrew Kassoy is CEO and co-founder of B Lab where he heads the global team’s efforts to drive economic systems change. Prior to B Lab, he spent 16 years in the private equity business; as a Partner at MSD Real Estate Capital and as Managing Director in Credit Suisse First Boston’s Private Equity Department. He was a founding partner of DLJ Real Estate Capital Partners, and President of its international business. Currently, he serves as a Board Member of Echoing Green and was a member of the US Working Group of the G8 Social Impact Investing Task Force. He is a Henry Crown Fellow at the Aspen Institute, a winner of the Skoll Award for Social Entrepreneurship, and in 2015 was the recipient of the McNulty prize, along with his B Lab co-founders Bart Houlahan and Jay Coen Gilbert.

Jodeen Olguín-Tayler is B Lab’s Head of Partnerships and Strategic Growth. She leads the global team’s development of long-term partnerships that advance key programmatic initiatives and build infrastructure to drive economic systems-change. Her previous experience includes Program Officer at the Wellspring Philanthropic Fund and Wellspring Advisors LLC, Vice President at Demos, a public policy organization, Campaign Director for the National Domestic Workers’ Alliance, and Senior Philanthropic Advisor for the Movement Voter Project. Her board service includes the Movement Strategy Center, the National Institute for Money in Politics, GALvanize USA,  and the Asian American Pacific Islanders Civic Engagement Fund. In 2013 she was a national fellow in the Move To End Violence program of the NoVo Foundation.