Co-founders of The Sentry, American human rights activist John Prendergast (left) and actor George Clooney, walk through a herd of cattle along a road outside of the contested region of Abyei, southern Sudan, North Africa, January 2011.

Through The Sentry, George Clooney and team are fighting for greater accountability in Africa and making a serious stand against corruption, writes Matthew Bishop.

In the months before August 2018, Joseph Kabila, the obscenely rich president of the Democratic Republic of Congo, an impoverished country wrecked by corruption and armed conflict over control of its valuable natural resources, seemed set on changing the constitution to run again in what would no doubt be a fixed election.

Instead, in a dramatic turn of events worthy of a Hollywood thriller, Kabila’s unexpected announcement that he would step aside and allow a free-ish election owed something to the work of an investigative team co-founded by George Clooney, the superstar actor who has become an increasingly impactful humanitarian.

The Sentry, a nonprofit co-founded by Clooney and longtime social activist John Prendergast, has accused Kabila of collaborating with Israeli businessman Dan Gertler to loot Congo of hundreds of millions of dollars (maybe billions). The Sentry’s investigations and advocacy, in coordination with similar efforts by several other nongovernmental organizations, convinced the U.S. government to impose sanctions on Gertler and
33 companies he controlled, which The Sentry’s investigative team claimed had bought mining concessions on the cheap from Kabila, who then benefited handsomely when these were sold on for a fortune to big multinationals. (Gertler denies all allegations against him.)

As soon as the sanctions were imposed on Gertler and his network, Prendergast said “messages were sent to [the president] via a number of different channels, public and private: ‘You’re next, President Kabila’.” As a result, Kabila “rolls back his strategy, doesn’t try to change the constitution, and doesn’t even run for office,” recalls Prendergast, whose passion for activism, especially focused on Africa, was reinforced by Live Aid in the mid-1980s, and who first bonded with fellow silver fox Clooney more than 15 years ago protesting atrocities by the government of Sudan in Darfur.

But you can’t shame a war criminal into behaving better. We had proof but they faced no consequences, so they were laughing at us. So we decided to give them consequences by going after their money, and the money of the network of people and businesses that enabled them to hijack and loot their countries.

It was a soul-searching strategy meeting with Clooney in a hotel in Manhattan in 2015 that led to the creation of The Sentry. The pair had become frustrated by the lack of impact, despite a ton of coverage in the media, of their previous collaboration, which used satellite imagery to provide evidence of human rights abuses. “You can’t shame a war criminal into behaving better. We had proof but they faced no consequences, so they were laughing at us,” says Prendergast. “So we decided to create consequences by going after their money, and the money of the transnational network of people and businesses that enabled them to hijack and loot their countries.” A few hours into the meeting, Prendergast recalls with a chuckle, Clooney’s longtime head of security “implored George not to do this project, saying ‘You’re going to put yourself in so much danger’” and thus make the job of a security chief so much harder.

They started building a now 45-strong team, made up of forensic financial investigators (the sort who cut their teeth chasing terrorist finances), investigative journalists, and policy experts, and picked a handful of countries to focus on initially, including Congo, Sudan, South Sudan, and the Central African Republic. Their model of change was that, as these resource-rich countries had been in effect hijacked by networks of people who were ready to use extreme violence to retain control, they had to identify and bring down the entire corrupt network. Focusing just on removing the person at the top would be unlikely to deliver systemic change as another villain would simply take over the network of corruption and violence. Key to this strategy is presenting compelling, well-written dossiers to banks and governments spelling out how these networks operate, leaving them no option but to do what they can to stop enabling them.

The Sentry was launched officially in 2016 with much fanfare, led by Clooney and including a press conference with actor Don Cheadle (who had worked with Clooney and co-authored two books on citizen activism in Africa with Prendergast) and meetings with President Barack Obama, then Vice President Joe Biden, and several other cabinet members. Clooney has a proven ability to open doors in high places, and Prendergast is impressively connected, too, having served on the National Security Council and been a special advisor to former U.S. Ambassador to the United Nations Susan Rice, as well as godfather to the son of former U.N. ambassador Samantha Power, the current head of U.S. Agency for International Development.

Prendergast has high hopes that the new Biden administration will prioritize anti-corruption efforts. Encouragingly, in March it rescinded a license given to Gertler by the departing Trump administration that had threatened in effect to gut the Global Magnitsky legislation that it had earlier used to impose “network sanctions” on Gertler and his associates. Adopted in 2012, this bipartisan law was initially intended for use against Russian officials responsible for the death of tax lawyer Sergei Magnitsky, but its use was subsequently expanded to sanction human rights offenders everywhere, freezing their assets and forbidding them from entering the U.S.

Prendergast credits former Treasury Under Secretary Sigal Mandelker, ironically a Trump appointee, for driving the U.S. government’s efforts to bring down Gertler and Kabila. Indeed, this work has a long bipartisan history (witness recent legislation to unmask the owners of anonymous shell companies) and still enjoys strong support among both Republicans and Democrats, adds Prendergast.

With an annual budget of US$ 6.5m, backing from big funders ranging from the Dutch Postcode Lottery and the Carnegie Corporation to George Soros’s Open Society Foundations, and its impressive team of experts, Prendergast says The Sentry is also distinguished from other similar nongovernmental organizations by its focus on driving change in a specific geography and a holistic strategy that cuts across some of the silos in the NGO world that restrict its peers to focus mainly on, say, anti-corruption, human rights or peacemaking.

Then there’s that Clooney factor. Like many celebrity activists, “George can bring a spotlight when we need it, and he is a master of generating interest and action,” says Prendergast, adding that bankers and politicians who open the doors because they want to meet a star soon find themselves won round by his obvious expertise.

Structurally, The Sentry is in partnership with the Clooney Foundation for Justice that the actor formed with his human rights lawyer wife, Amal, and houses two legally-focused initiatives, TrialWatch and The Docket. “They strategize together all the time,” says Prendergast, who is also the foundation’s director of strategy, adding that all the couple’s human rights work is currently “on steroids” as they aim to grow their impact.

Prendergast is hopeful that philanthropists are waking up to the importance of fighting corruption, because “everything philanthropists are trying to achieve, all our progress, is put at risk by the kind of kleptocratic systems that exist around the world.” The Sentry is now exploring expansion beyond Africa to pursue violent criminal looting networks in the Middle East, Latin America, and Southeast Asia.

Until now, Prendergast and Clooney had been reluctant to take on new geographies, wanting first to show that “things are changing on the ground” in the countries they were already targeting, says Prendergast. In the Congo, they are encouraged not just because Kabila has gone but also by his successor’s efforts against the former leader’s network. Yet all at The Sentry acknowledge that this is an unquestionably long-term project: the country is still far from a model of good governance and it remains to be seen if this particular story will have a feel-good Hollywood ending. 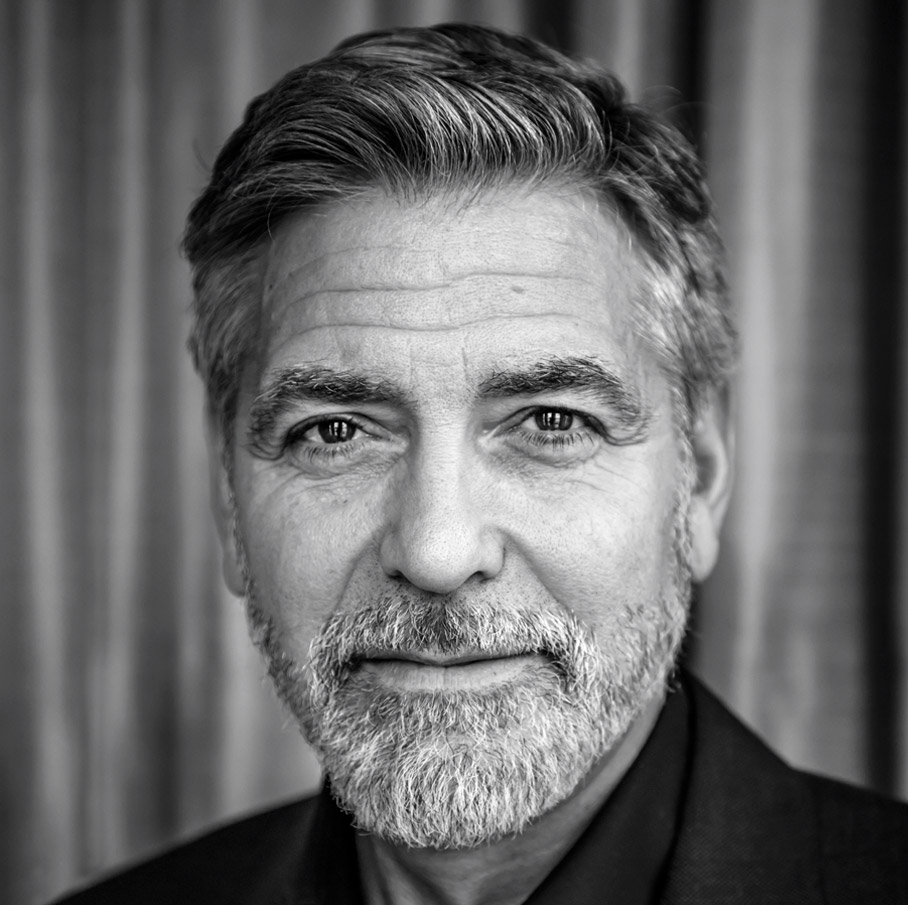 George Clooney is recognized as much for his global humanitarian efforts as he is for his accomplishments in the entertainment industry. George’s achievements as a performer and filmmaker have earned him two Academy Awards, five Golden Globes, four Screen Actors Guild Awards, one British Academy Film Award, two Critics’ Choice Awards, one Emmy, and four National Board of Review Awards. George is a strong First Amendment advocate with a deep commitment to humanitarian causes. He co-founded The Sentry in 2015 to investigate the dirty money and corrupt profiteers fueling war and human rights abuses in Africa. Among the many honors received as a result of his humanitarian efforts were the 2007 Peace Summit Award, given at the eighth World Summit of Nobel Peace Laureates, and the 2010 Robert F. Kennedy Ripple of Hope Award. 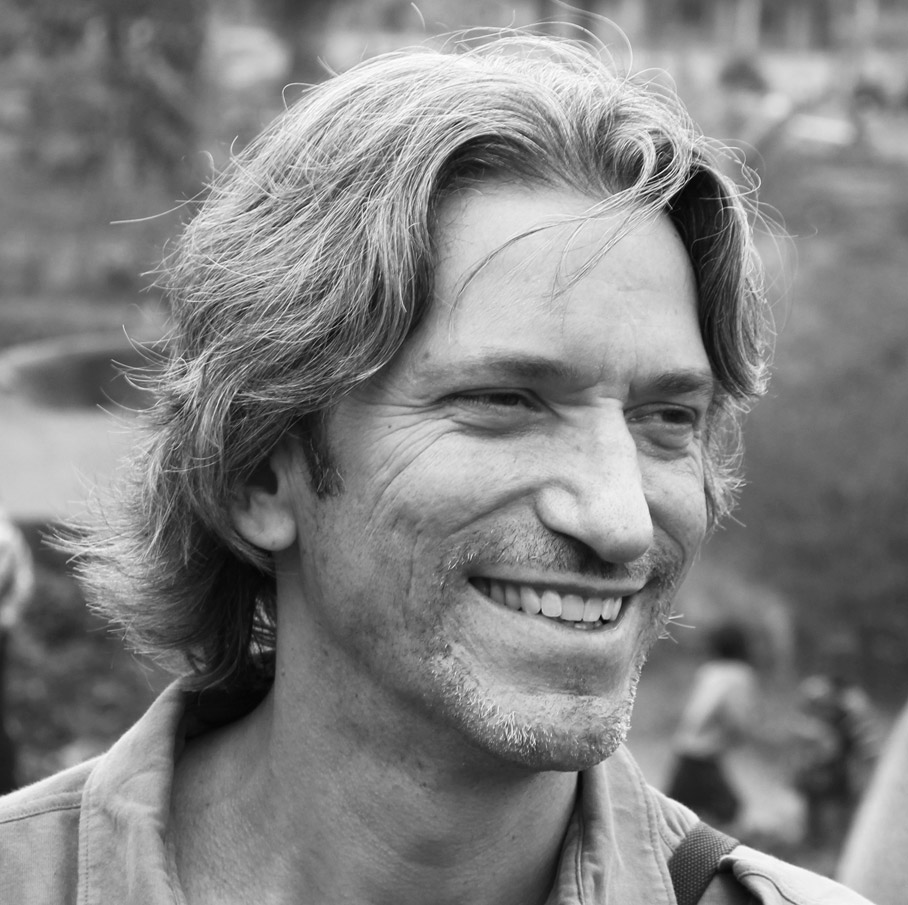 John Prendergast is a human rights and anti-corruption activist. He co-founded and leads The Sentry, an investigative organization that follows corrupt money to shut war profiteers out of the international finance system. Prior to leading The Sentry, John worked for the White House, the State Department, UNICEF, Human Rights Watch, International Crisis Group, and more. He is also the co-founder of the Enough Project, a policy organization aimed at countering genocide and fighting crimes against humanity. 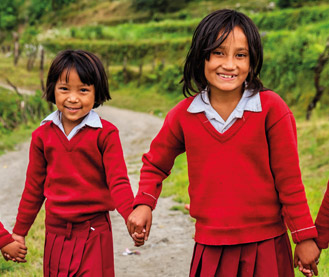 From Band-Aids to Blueprints
Tim Hanstad writes about the value of partnerships and a systems mindset in building broad-based prosperity and well-being.
The Future of Social Investing
Good Governance 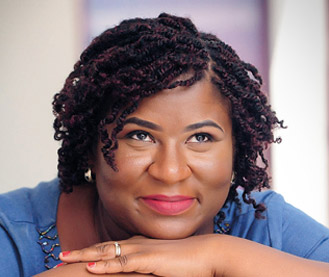 A New Generation Rises
Yawa Hansen-Quao, believes that a new generation of well-trained civil servants is the key to improving Africa’s governance.