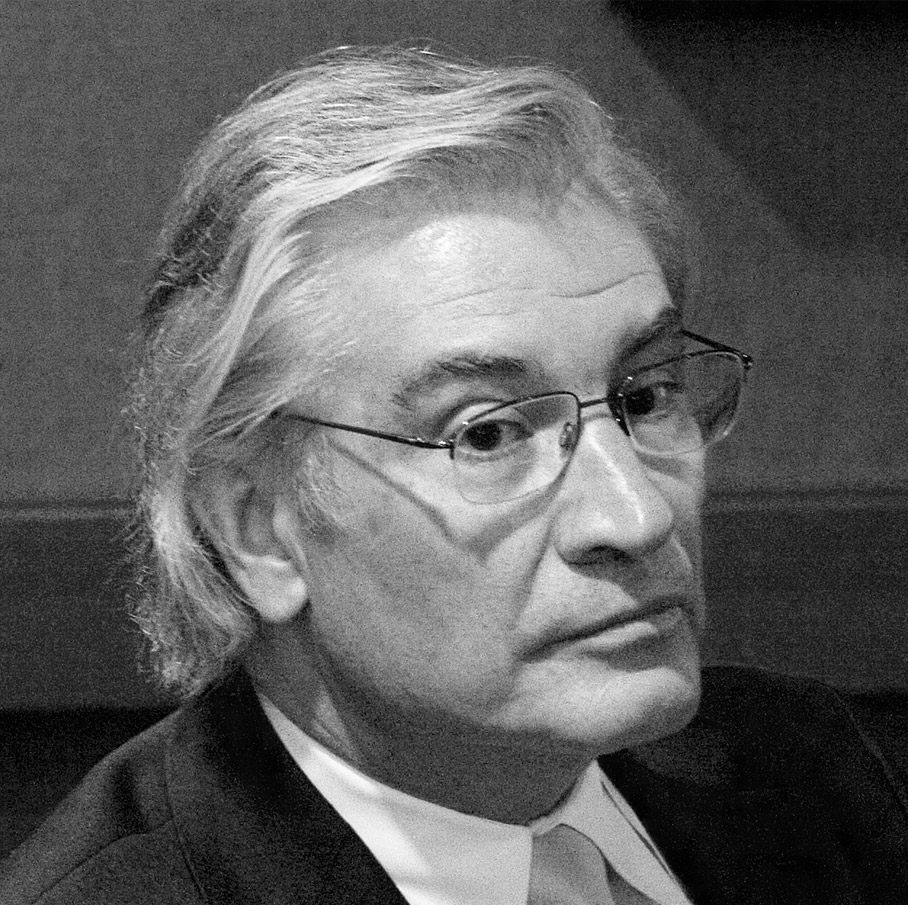 Jerome C. Glenn is CEO of The Millennium Project, a leading global participatory think tank with 71 Nodes worldwide. The Millennium Project has produced the State of the Future reports for the past 25 years. Glenn invented the Futures Wheel and concepts such as conscious-technology, transInstitutions, tele-nations, management by understanding, self-actualization economy, feminine brain drain, and definitions of environmental security,  and collective intelligence. He wrote about information warfare in the late 1980s in Future Mind, sent his first email in 1973, and in the mid-1980s was instrumental in getting x.25 packet-switched data transmission in 29 low-income countries,  the key to low-cost access to the internet. 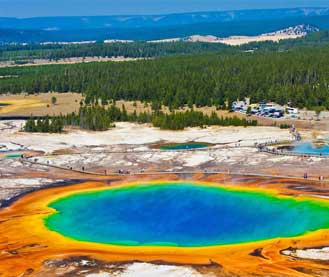 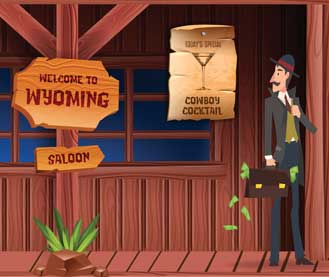 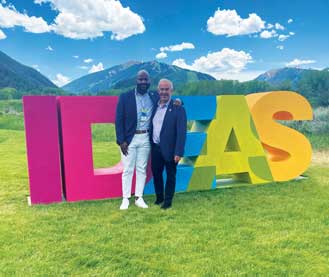 I used to compete in international tournaments and perform as a boomerang stuntman.

In some ways, my fascination with boomerangs is a lot like my work as a futurist. Both require taking into account a variety of trends and forces, understanding how those trends and forces might interact with each other, and then calculating and considering the most likely possible futures.

Today, my work at The Millennium Project, a global group of futurists, is aimed at continuing that trajectory of progress by providing data-driven thinking about the future that supports good decision-making to deliver the best of all likely possible futures.

For the last 25 years, through a participatory global process, The Millennium Project has updated and refined our list of the 15 Global Challenges that will likely be the most pressing global problems in 2050 and beyond (see below). These weighty challenges push social investors, government, civil society, and private sector leaders to think big and look for crosscutting opportunities for catalytic investments that move the needle across a range of global issues.

Here are a few of the most promising opportunities for strategic social investors who, like me, are eager to look and plan ahead:

1. Meat Without Animals and Produce with Saltwater

About 70% of human-use water is used for agriculture. The majority of that water is used to grow food for animals to eat, that we then eat. Water tables are falling on all continents. Water demand will increase as low-income countries industrialize and add another 2 billion people or so by 2050. If we cut out the middleman (animals) and grow “meat” directly from cells, we reduce not only greenhouse gases, but water demand.

Likewise, if we developed saltwater/seawater agriculture along drought-stricken, low-income coastlines of the world, we could reduce freshwater demand; reduce the impact of droughts on agricultural production; provide income for coastal low-income communities; produce algae, which is a major feedstock for growing meat without animals; and also produce nonfossil fuel from algae.

The United Nations estimates that US$2.6 trillion is stolen through corruption and more than US$1 trillion is paid in bribes — annually. To put that in perspective, the United States’ annual foreign aid budget is a fraction of that — at about US$50 billion.

The price tag is even steeper when you consider the collateral costs. Kleptocrats and organized crime’s impact on society should be measured in generations, as critical funds are diverted away from promising businesses and from government budgets for education, health care, and infrastructure — slowing essential progress to raise living standards and lift people out of poverty.

To address this challenge, we need a transnational global financial prosecution system that prioritizes cases based on the sum of funds involved. Prioritization by the amount of money laundered instead of the crime per se. Such a system could bring both corruption and organized crime to courts deputized by the International Criminal Court in cooperation with national law enforcement and put those ill-gotten gains to use for the public good.

3. Global Collective Intelligence on the Future

Humanity needs a global ongoing conversation informed by data to make the future work better for all. Accelerating growth of scientific knowledge, technological advances, and their convergence makes it increasingly difficult for scientists, politicians, and the public to keep track of such changes and make informed decisions. Collective intelligence systems provide an alternative to relational databases, email networks, conventional websites, and social media. I define collective intelligence as an emergent property from synergies among three elements: (1) data, information, and knowledge; (2) software and hardware; and (3) experts and others with insight that continually learn from feedback to produce just-in-time knowledge for better decisions than any of these elements acting alone.

Software and the internet now make it possible to organize and update in real time the best thinking of humanity. Wikipedia and Google search engines are some of the greatest inventions of our time, but they do not provide coherence, a sense of how it all fits together. The Millennium Project has created the beginnings of such a global collective intelligence system on the future. Another illustrative example of this is The Lens, a global patent and scholarly knowledge platform organized as a public good to inform science and technology problem-solving. These or other systems will need world-class programmers and expert information curators to bring them to the service of all universities, government leaders, business executives, and the public.

We used to believe that intelligence was fixed at birth and that the brain could not be improved. We now know that is not true. New neurons can grow and wiring among neurons can change to improve brain performance, what is called “neuroplasticity.” Cognitive neuroscience and related research has shown that individuals can improve their brain performance by believing it is possible (i.e., placebo effect), responding to feedback, experiencing consistency of love and social-emotional support within a diversity of environments, eating nutritious food, performing reasoning exercises, connecting with intelligent people in person or via virtual reality simulations, using software systems and gaming in a responsible manner, using neuropharmacology (i.e., enhanced brain chemistry), and/or being exposed to memes on classroom walls and elsewhere (e.g., intelligence is sexy). Sufficient sleep and low-stress, stimulating environments with certain music, colors, and fragrances improves concentration and performance. Longer-term future approaches to improving brain performance include reverse engineering the brain, such as national brain projects in the U.S., European Union, China, and others; applied epigenetics and genetic engineering; and microbes via synthetic biology to eat the plaque on neurons of the elderly. Schools around the world teach bodybuilding but not brain building.

As the database fills up, people would search to find their matches similar to online dating. Such tele-nation websites could be sponsored including support for recruitment of volunteers and home country needs identification. The COVID-19 pandemic has increased the use of tele-education, telework, telemedicine, tele-everything. So, the tele-nation concept should not be too difficult to promote and support, and clearly can address economic inequality.

The Integrated Strategy chart gives a quick overview of these actions and what they affect.

1. How can sustainable development be achieved for all while addressing global climate change?
2. How can everyone have sufficient clean water without conflict?
3. How can population growth and resources be brought into balance?
4. How can genuine democracy emerge from authoritarian regimes and democracies not regress?
5. How can decision-making be enhanced by integrating improved global foresight during unprecedented accelerating change?
6. How can global information and communications technologies, along with machine intelligence, big data, cloud computing, and future forms of artificial intelligence work for everyone?
7. How can ethical market economies be encouraged to help reduce economic inequality?
8. How can the threat of new and reemerging diseases and immune microorganisms be reduced?
9. How can education make humanity more intelligent, knowledgeable, and wise enough to address its global challenges?
10. How can shared values and new security strategies reduce ethnic conflicts, terrorism, and the use of weapons of mass destruction?
11. How can the changing status of women help improve the human condition?
12. How can transnational organized crime networks be stopped from becoming more powerful and sophisticated global enterprises?
13. How can growing energy demands be met safely and efficiently?
14. How can scientific and technological breakthroughs be accelerated to improve the human condition?
15. How can ethical considerations become more routinely incorporated into global decisions?

Jerome C. Glenn is CEO of The Millennium Project, a leading global participatory think tank with 71 Nodes worldwide. The Millennium Project has produced the State of the Future reports for the past 25 years. Glenn invented the Futures Wheel and concepts such as conscious-technology, transInstitutions, tele-nations, management by understanding, self-actualization economy, feminine brain drain, and definitions of environmental security,  and collective intelligence. He wrote about information warfare in the late 1980s in Future Mind, sent his first email in 1973, and in the mid-1980s was instrumental in getting x.25 packet-switched data transmission in 29 low-income countries,  the key to low-cost access to the internet. 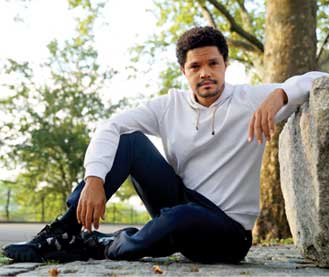 Born an Optimist
Trevor Noah makes the case for rooting out corruption and paying it forward by investing in education.
Not Tagged 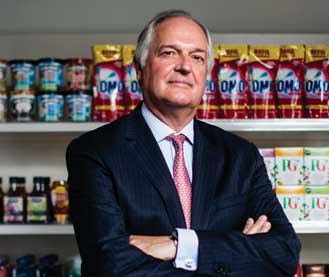 Unfinished Business
Journalist Matthew Bishop on why former CEO of Unilever Paul Polman believes businesses should be a force for good.
Not Tagged 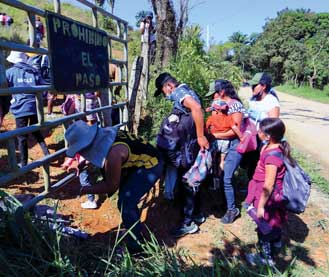